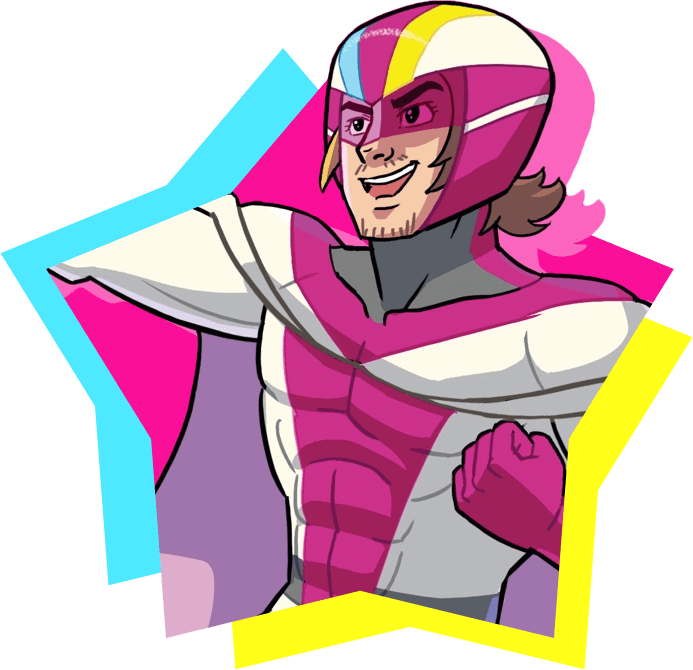 Arin Hanson, otherwise known as Egoraptor is a snarky, but lovable intergalactic patrolman who uses his "Sonic Rapping" abilities to stop space crime, and also to lay down sick stanzas for Starbomb. When Arin's not punching and "Sonic Blasting" criminals, he can be found playing his favorite Earth video games, like Mega Man or Bloodborne.

With his killer "Cyber Scarf" at his disposal and his chill but motivated disposition by his side, Arin finds solace in bringing people together with his ill rhymes and charming comedy.

On Earth, Arin is also responsible for Youtube channel Game Grumps alongside co-host Dan Avidan, where they play and make funny jokes over Video Games. In addition, he is known for his "Awesome" series of cartoons which have been viewed hundreds of millions of times throughout the galaxy.